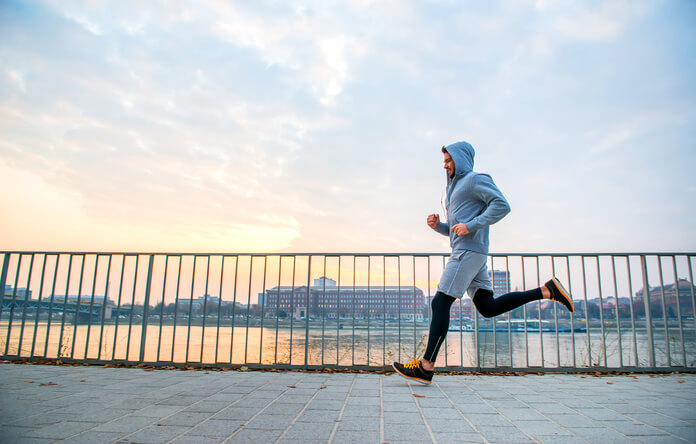 The growing realization that exercise doesn’t really help with weight loss can dampen the motivation to be active in many people — one reason why I advocate for decoupling exercise from the notion of weight loss altogether. Unfortunately, then, what I’m about to tell you may elicit a response of, “Oh, come on!” But keep reading, because the news isn’t all bad.

When I heard about a new study that concluded that being physically active in midlife doesn’t appear to prevent age-related cognitive decline in women, my first thought was, “No … that can’t be.” Then I read the actual study and thought, “Darn it!” It’s practically been gospel that staying active helps us stay sharp as we get older. I believed it, and I’m pretty sure I’ve given that advice to both readers and clients. The research backed me up — or so I thought.

But this new study, part of the Study of Women’s Health Across the Nation, did something that most previous research did not — it enrolled a diverse group of 1,718 women when they were 45 years old, on average, then followed up with them for 21 years. The women were asked about their activity habits — both “formal” exercise and other general household-type activity. Their cognitive performance was tested nine times. The researchers also factored in information about socioeconomic status, education level, chronic disease and health behaviors such as smoking and alcohol use.

“The main reason we did this study is that we wanted to explicitly study the relation between physical activity and cognition in midlife women,” said lead study author Dr. Gail Greendale, a researcher and professor of medicine at UCLA. “The overwhelming majority of observational research — research that does not treat people, but observes what they do and collects information — about physical activity and cognitive performance has been done in people who are, on average, 70 years of age.”

Greendale also points out that almost all of the research has been cross-sectional — looking at a single point in time — rather than longitudinal, which requires taking many measurements of physical activity and cognition over many years. “Results of these cross-sectional observational studies conducted in older people may not be applicable to younger individuals,” she said.

Not only that, but if I measured your cognitive health right now and asked you how much you were exercising right now, it doesn’t tell me as much as you might think. It doesn’t tell me how much you used to exercise, or how sharp you were a year — or 10 years — ago compared with now. Also, when someone has poor cognitive health and low activity levels, it becomes a chicken-or-the-egg situation. In other words, which came first? You might assume that low activity levels caused a cognitive health decline, but the reverse could be true, a phenomenon known as “reverse causation” in research-speak.

“Older men and women who have poorer cognitive performance may decrease their exercise as a result,” Greendale said. “If you just take a single snapshot, you cannot tell whether lower exercise led to lower cognitive performance or vice versa.” She points to one of the few long-term studies of physical activity and cognitive health, the Whitehall II study in London. This study followed about 10,000 British civil servants for about 28 years and found no connection between overall physical activity levels and risk of eventually developing dementia. The researchers of that study noted that looking back at participants who did develop dementia, their activity levels started to fall nine years before their diagnoses.

There’s another possible downside of previous research studies that actually assigned older adult participants to either exercise or not for a short period of time, then looked at how that affected cognitive health. These studies typically found that cognitive test results improved in the exercise group when compared to the nonexercising group, but the exercise “prescriptions” used in these studies are generally difficult to follow for the long term.

Downsides or not, there’s clearly a reason that so many researchers are looking for links between physical activity and cognitive health as we age. I asked Greendale what biological underpinnings prompted this train of research thought; she said exercise may induce production of beneficial brain chemicals, stimulate brain growth and neural connections and improve other systems that contribute to better cognitive function, such as sleep and mood.

Still, with the jury out on exactly how much exercise helps the brain in later years, you might wonder if there are any strategies to prevent cognitive aging that are supported by science. Greendale points to a 2017 report from the National Academies of Sciences, Engineering, and Medicine, which found no specific interventions that are supported by sufficient evidence to justify encouraging people to adopt them for the purpose of preventing cognitive decline and dementia. They did, however, find some evidence to support the benefit of cognitive training, blood pressure management in people with hypertension (high blood pressure), and increased physical activity.

Clearly, there are more questions than answers right now on the exact role of physical activity in age-related brain health, which certainly can be frustrating. But there’s still a lot of good news about what staying active can do for us as we get older. Maintaining muscle helps us stay strong and reduces the risk of falls — especially if we also include activities that improve our balance. And in general terms, age-related loss of muscle is associated with worse health, for a variety of reasons. The icing on the cake is that engaging in forms of movement that we enjoy can also improve our mental health and overall sense of well-being.