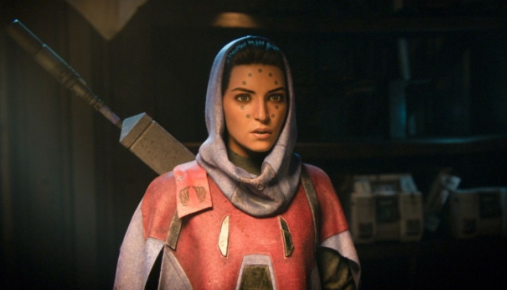 Devrim Jay — We last heard from everyone’s favourite Destiny2EDZ sniper in Warlock Exotic Rain of Fire. Marc, Suraya Hawthorne’s husband, was talking about him. Devrim hasn’t done much in ages, and it would be great to see him back in the picture as one of the few nonGuardian human characters. Perhaps he could reopen the Farm?

Ada-1 – Although she is still remembered as the NPC vendor for armor Transmog, Ada has not been a central figure in the story for quite some time. It’s a shame because Ada has a compelling story about how she survived the Collapse and learned to trust Lightbearers after the Season of the Force event. We may soon hear more about Namrask, the Eliksni’s teaching of the loom. There is some lore in her Solstice armor.

Orin is the Emissary to the Nine – What’s her story since Prophecy. What are the Nine doing? Inquiring minds are eager to find out!

Suraya Hawthorne – Hawthorne was to be one Destiny_’s first nonGuardian protagonists. This, Uhm, didn’t go as planned beyond the Red War. Players who were not there for the Red War probably only know her as the strange lady who spends time with birds in the Tower and gives out clan rewards. While she occasionally appears in lore, Duality bizarrely forced her into the game by making her stop at the Tower on her way to the final dungeon. Besides that, she has been a constant presence in the background for many years.

Eramis is the Shipstealer–Is she still alive? Asleep? Asleep? Beyond Light didn’t give her much opportunity to shine but her lore makes her an interesting Destiny2 character. It would be fascinating to explore her past. If you’re interested in some wild speculation, I have a pitch of what that might look like.

Shaw Han – Why introduce a new guy if there’s no way to work with him? It would be difficult for any Bungie narrative designer to make Shaw Han engaging, but they can do it. I would love to learn more about him. Are those Ahamkara bones able to communicate with him? What are they saying to him? Tell me, Bungie!