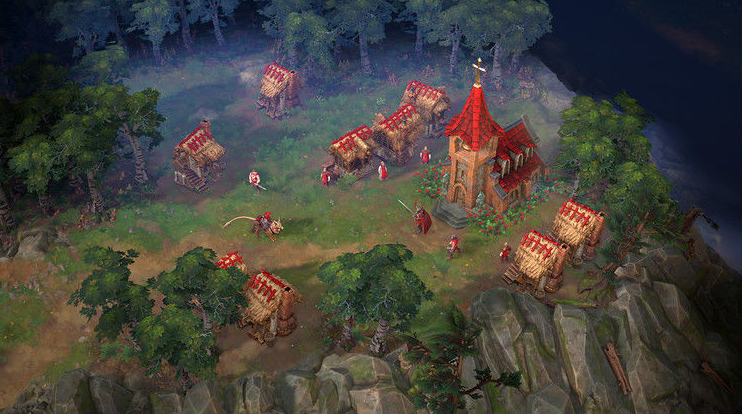 Godsworn is a mythological RTS game about the battle between Pagan Warriors, the armies of Heaven. It’s set during The Northern Crusades and you can even command mythical creatures.

Piqued your interest? ThunderOak, an independent studio for development, was established by Corne Willemsen and Baiba Gedrovica in 2021. It is based in Rijswijk in the Netherlands. They are currently working full-time on this ambitious project that should be available for early access on Steam by 2023.

Four “divine heroes” will be available for players to command, each with their own abilities, buildings, or units. The launch of early access will make these four heroes playable. We know the names of the Goddess Saule, Moon God Myness, and Archangel Michael.

Heroes will have loyal followers who will act as resource collectors and can build buildings much like Peons in Warcraft 3 or Age of Empires’ villagers. Followers will pray to you to increase your Faith so that you can spend it on mythical creatures or god powers against the forces from Heaven.

A campaign mode comes with co-op support so that you can watch the Baltic pagan battle against the crusading army of Heaven with a friend. Also, there will be 8-player multiplayer modes and skirmish maps.