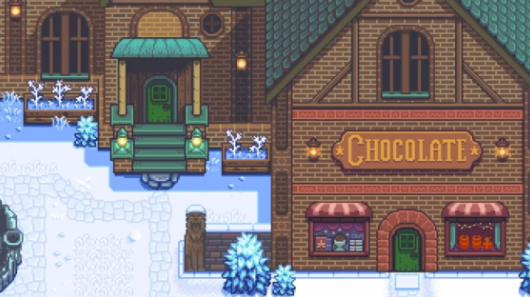 Stardew Valley and Haunted Chocolatier may have “some shared Lore”

Stardew Valley and Haunted Chocolatier may have “some shared Lore.”

Eric Barone, Stardew valley creator (ConcernedApe), is hard at work on his next game Haunted Chocolatier. Barone has yet to release his next game, but he took to Twitter to show some of his progress and answer some fan questions.

People want to know how Chocolatier compares to Stardew. The answer is simple: looks can be deceiving. Barone is determined to make his next game unique, despite similarities in style and aesthetic. On Twitter, the developer answered some burning questions about Haunted Chocolatier. Most of them were about Stardew Valley. But his thoughts about story elements shared between the settings are the most notable.

Barone responded that Haunted Chocolatier would have “its own game with a self-contained identity…it’s not Stardew 2″. There might be some common lore.” But don’t expect to see a complete follow-up story for 2016’s farm sim.

Barone’s Q&A session included an informal look at the game’s progress. This is the only screenshot he has shared, but it still shows the early assets he shared last January for the game’s reveal. It’s cute enough that I’m hooked, even though it’s not a sequel to farming.

Barone stated that it should not cost more than Stardew Valley and may be priced at the same level. For US residents, it’s about $14.99 on Steam. The creator claims that progress on the game is “pretty good”, but he is still making it from scratch. Although it does not have the Stardew asset that is “rarely re-used”, this is a fairly common (and fair!) practice in game development. Let’s not let the occasionally shared asset be a reason to draw boundaries between worlds.

Stardew Valley and Haunted Chocolatier may have “some shared Lore”