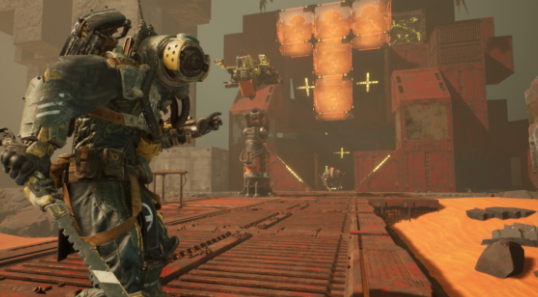 Dead By Daylight developer Behaviour announced its next project, Meeting Your Maker. It’s a deal that focuses on building, crafting, and making your dungeon.

Meet your Maker is a game of Survivor versus Killer or Survivor kisses Killer. It drops players into a post-apocalyptic world with a Custodian. Behaviour’s next project does not require us to outsmart people in PVP combat but rather provides a toolbox for controlling how. This kit contains “highly customizable blocks, traps and guards” that can be used to lure foes into your 0wn-twisted, booby-trapped maze. I’m the goblin King, etc. etc.

The Mad Max scenario is all over GenMat. It’s a genetic material and the most valuable resource on the planet. According to Behaviour, these scenarios can be dealt with in any way we like. However, imagination is the key. If you like collaborating with someone for some doomsday prep and hoarding, go for it. You can also raid everything and build your clubhouse, fortifying it and taking the items with you. This is a horrifying, strangely familiar scenario.

Meet Your Maker’s first extended preview seems a far cry from the hit in Death by Daylight. It has a dystopian Fallout vibe, and the first impressions suggest that Bethesda is the one chasing this vibe. However, it focuses on just this base-building/raider piece. While customizable hell sanctuaries sound great, the thoughtful details like crafting your patrol pathing AI guards and a detailed booby trap setup intrigue me.

Meet Your Maker is not yet available for release, but you can still play it. Interested players can log in to their Behaviour accounts for the Steam closed beta and complete the form. The Meet your Maker launch is planned for 2023 on PC and PS4, PS5, Xbox One and Xbox Series S.