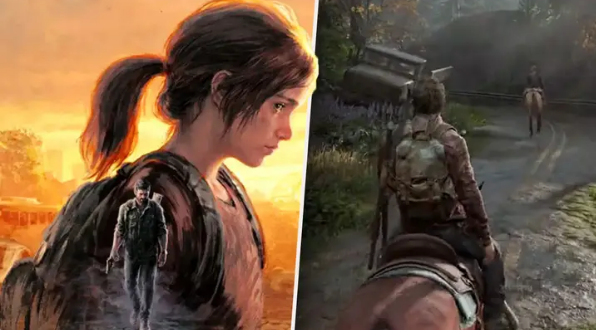 We are officially in August, which means Part I will be less than a month away. The last of Us is not as controversial as its sequel. However, there has been some controversy over Naughty Dog’s new-gen remake.

The last of us, Part I, is a special PlayStation 5 version. It features overhauled graphics and implemented 3D audio, haptic feedback and AI. Phew. Did you get all that? However, the most controversial topic is still the game’s graphics.

To see what The Last of Us Part 1 offers, look at this deep gameplay dive below.

Fans were split when The Last of Us Part I was first announced. While many praised the game’s characters and environments, others questioned whether the extra depth was worth the PS70. Naughty Dog released new footage of Tess, which impressed everyone, but people still don’t know what else to do.

Naughty Dog took to Twitter this week to promote the game’s availability for pre-order. However, they also included a clip of Joel and Ellie riding on horseback. This clip switches between the PS4 & PS5 versions. Although it isn’t the most impressive side-by-side Naughty Dog has ever released, the PS5 version boasts some nice Ray Tracing.

Naturally, there was much discussion. LordSamaa posted, “PS4 version is much better,” while Renato80444516 asked, “Am I alone that sees huge improvements in the gameplay?” CorvoInTheVoid said, “Will confess, s**t seems good.” It doesn’t look worse if they like it for the OG versions. The jury is still out on that one, though there seems to be a positive sway.