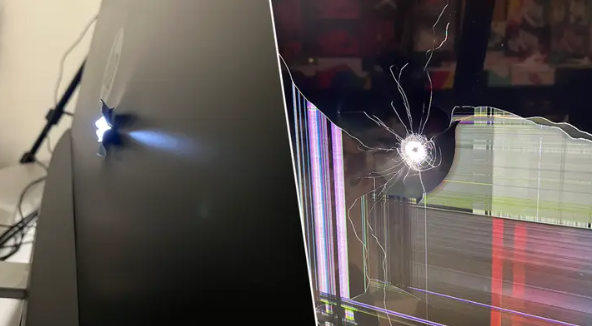 Yesterday’s disaster was avoided by one gamer who nearly got hit with a stray bullet during a game of Apex Legends. Twitter user @YTMikeCheck shared images documenting the aftermath and explaining what had happened.

@YTMikeCheck wrote that a stray shot by someone yesterday nearly hit my head as I played Apex. “At most, the bullet missed me by [three] inches.

It hit my left monitor. The bullet went straight through the middle and destroyed the screen. It was clear that the damaged monitor was better than the alternative.

However, the damage did not stop there. The gamer posted photos of three more holes in their wall and soundproofing foam.