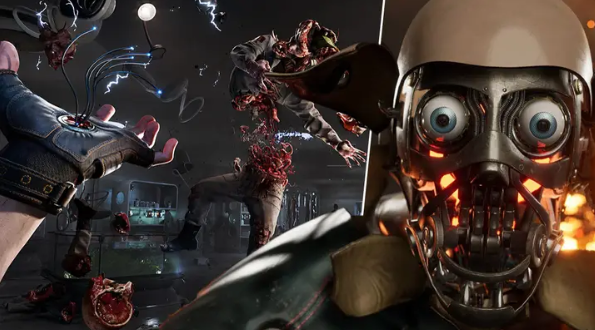 The latest combat trailer for Atomic Heart is a bizarre and outrageous spectacle. While all of the trailers for the immersive sci-fi shooter were odd, this one is the most interesting.

Atomic Heartis a BioShock and Metro into a blender and turned it on to supersonic speed. The counter has jittered, the lid has fallen off, and there’s now sci-fi goo everywhere. The story takes place in the alternate Soviet Union, where the country has achieved incredible technological and scientific advancements. KGB agent P-3 is assigned to investigate a mysterious research facility. The answer may not be as easy as it appears.

The entire thing is capped off by the slow dance of the narwhal robots, which create a kind of a key out their bodies. Although I’m unsure of the details, I’m eager to learn. Apart from the attack on my eyes, I am very interested in the many enemies Atomic Heart offers, including horrendous spaghetti-like creatures, acrobatically aggressive robotics, and a fusion between the two in a gigantic wrecking ball robot called Rosa.

That’s where the melee strikes and gunshots blend into one song. Give this editor a raise. Expeditiously. This game will be available on PC and new consoles of the last generation, making it a must-have for this year’s end.