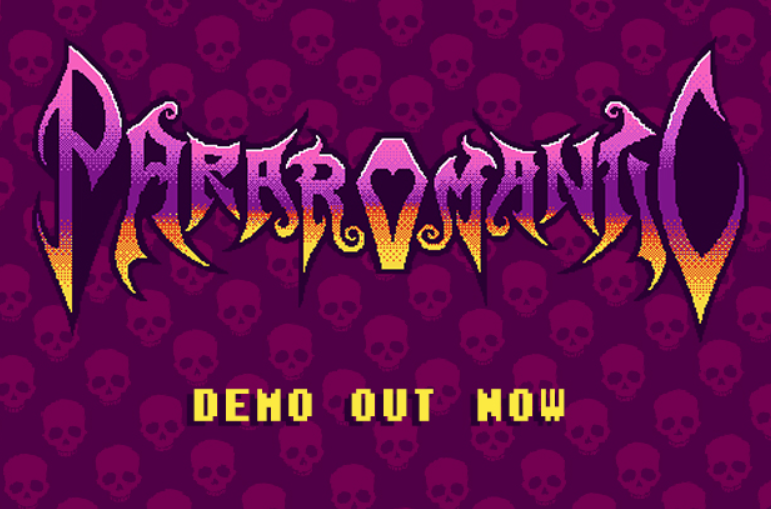 Pararomantic, discovered by Alpha Beta Gamer, is a unique “monster dating simulator”. Pararomantic’s first-person exploration and retro visuals were what got me in the door. However, its origins are surprising. Pararomantic was developed by a group of students from the University of Lapland in Finland.

Pararomantic is where you are trapped in a mysterious hotel, trying to avoid a supernatural storm. You also have the opportunity to meet and possibly para-romance with the strange residents of the establishment. Imagine a less scary and bizarre version of The Thing and The Hateful Eight, and you’ll be 75% there.

Although the Itch.io demo isn’t very long, it allows you to meet the cast and have fun with the designs. One is a “biblically correct angel” (a floating orb ringed in eyes, unknowable form and that jazz), who has an “uwu shyness” thing going. My favourite is the skeleton (or skeletons) hiding under a trench coat, who appear to be some gestalt Marxist philosopher.

The demo’s first-person exploration and the inn itself are the real stars. The inn is both an agitated environment and a cozy one. Outside, you can hear the rain and thunder crashing. The little details, such as the clutter on tables and the shelves of bottles with multicoloured bottles behind bars, are also very appealing to me. It reminds me of great RPG inns, such as the one from Dragon Quest and the Elder Scrolls.

The fascinating thing to me was the discovery in the bathroom. One of the stalls opens to reveal an underground passageway. Pushing on leads you to a surreal and stilted conversation with a cutesy onion creature, followed by a deliberate hard crash to the desktop. I love interface gags that are Undertale/Pony Island-style and am curious to find out what underground secrets might be in the whole game.

The 15-minute demo of this student project is well worth the time. Although Vabajaba and the other students aren’t sharing much information about their plans, I hope they will find time to make Pararomantic a complete experience.