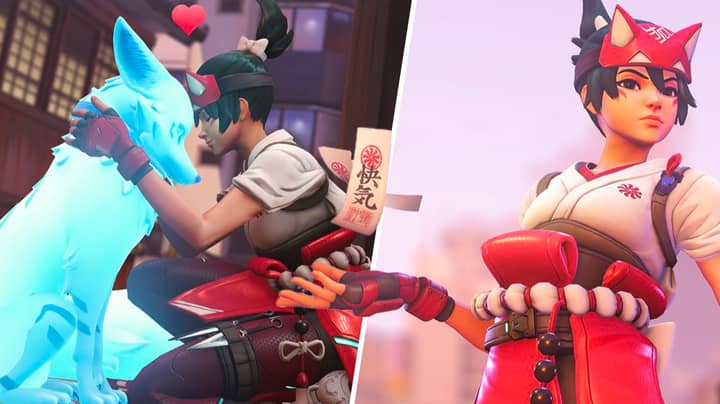 Kiriko is the latest hero introduced in the Overwatch2 world. She’s a support hero who uses kunai to deal with oncoming threats. Also, Kiriko has a fox spirit which speeds up attacks, cooldowns and movement of friendly players. Some fans don’t like her design and describe it as uninspired.

Kiriko was raised with Hanzo and Genji and became a shrine maiden when she was an adult to care for her family’s ancestral shrine, which honours a Fox spirit. After the Shimadas’ fall, she honed her skills to defend her home and is now a member of the Overwatch 2 story.

While there’s been much love for Kiriko, there have been some valid criticisms of her biography and design. “Why is a Japanese character required to fight with Japanese combat styles? All American characters in Overwatch Cowboys are Japanese? one player said, “I mean 2 of them, but you know.” “As fascinating as Kiriko appears, Japanese=ninja is about as uninspired and as boring as you can get,” added another.

Some have pointed out that women in Overwatch are often less diverse than men. “She doesn’t scream Overwatch hero to me, and she is not impressed by cute fox-ninja girl+magical powers #6046,” stated artist LilakeyLK on Twitter. “I wish Overwatch women looked more like [ League of Legends] than they do the sexy woman of the same face’,” commented rartedjele on Twitter.

Blizzard Entertainment was initially praised for its cultural diversity, which has been criticized over the years. However, it seems like people are getting tired of the art style.