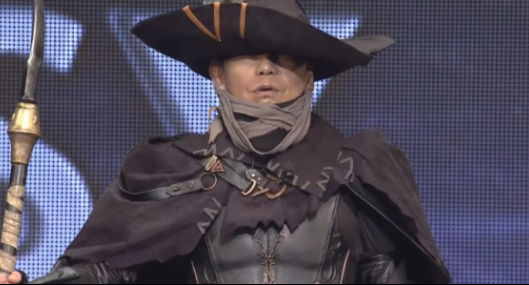 Patch 6.2 was a boon to Final Fantasy XIV players. The FFXIVteam delivered new content on almost every front — a wild raid level in Abyssos and revelatory story quests featuring new characters, as well as the eagerly awaited chill vibes from Island Sanctuary. We’ve covered every aspect of it since its release in August. We took some time off from the patch and 6.25 was right around the corner so we could take a moment to think about where FFXIV is going.

I was able to email Naoki Yoshida, director and producer. It seems that the FFXIVteam has the post-Hydaelyn world down pat.

Yoshida said, “Given we’re embarking upon a new adventure here, I was most careful about losing momentum.” I asked Yoshida about the team’s handling of expectations for FFXIV’s future era. He continued by saying that Endwalker was the closure for everyone’s excitement, and it was why it was so important to keep the flame burning for the next thrill. These are the things players want, so I try to anticipate their expectations.

The story FFXIVtells is responsible for the thrill Yoshida mentioned. If you aren’t up to date on Patch 6.2’s story content, newcomers such as Varshahn’s satrap and Zero the Void-native Reaper will be taking the lead roles in our explorations through an unknown realm. This current storyline is heavily rooted in Final Fantasy IV. We will use the classic entry as a reference. Golbez, the Four Fiends, are currently the focus of villainy. However, FFXIV is not as simple as it seems.

Yoshida suggested something more, saying, “I hope that you’ll keep tuned to see how it will unfold from here.”