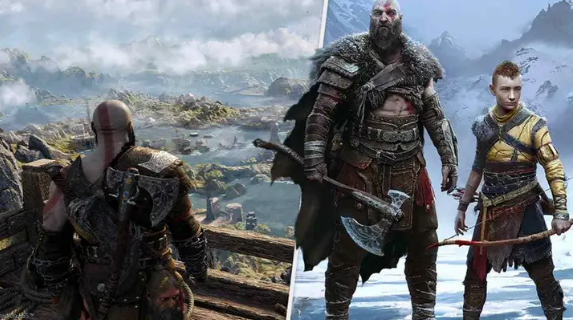 God Of War Ragnarok is missing a popular feature at launch.

The God Of War Ragnarok hype continues to grow. The first round of previews dropped last week. GAMINGbible’s Ewan shared his thoughts on the first five hours of Ragnarok. Writing. “This is shaping to be everything we could have wished for from a sequel of God of War. More significant, bolder and better.

Developers have teased God Of War Ragnarok to include a broader range of enemies so that you don’t just have to fight endless Draugr. Although I hope Kratos’ troll finishers will still be in there. It has been revealed that Ragnarok can run at 120fps on PS5, which is quite impressive. The game will not include a significant feature at launch.

Last week’s previews did not include any mention of a photo mode. The bad news? There isn’t one, but one is coming. The bad news? The bad news? Santa Monica Studio stated in a Tweet that “Photo Mode” will be available to God Of War Ragnarok once the launch is complete.

They said, “We’ll share additional details closer to the time we plan to release. It’s a shame that the delay has been so long. While I was playing through other new-gen releases like Horizon Forbidden West or The Final of Us Part 1, I spent much of my time in photo mode admiring the views of these games.

If God Of War Ragnarok receives a photo mode, you’ll likely need to do a lot more backtracking in order to capture everything the game has to give. However, I am open to exploring the Nine Realms as long as possible.