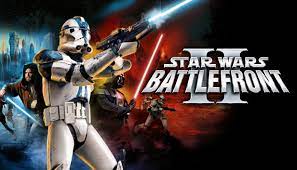 Enhanced Single-Player Experience: Join Darth Vader’s rise as the elite 501st Legion of Stormtroopers. You will be fighting through a brand new story-based saga, where every action you take affects the battlefront, and ultimately the fate of the Star Wars galactic.

All-New Classic Trilogy Locations – Fight in the corridors and marshy swamps at Dagobah, on the Tantive IV, Princess Leia’s Blockade Runner, and even inside the corridors that lead to the second Death Star. Alien Isolation

You can now choose from six different soldier classes and bonus hero characters for each faction: Rebels. Jump into over 30 different ground and space vehicles including the clone BARC speeder and AT-RT, as well as the new Jedi Starfighter, ARC 170, and clone ARC speeder. Multiplayer online battles for up to 64 players.

You can play five online game modes: Conquest, Assault and one- and two-flag Capture the Flag. You can learn to use Force powers such as Yoda, Darth Vader, and other heroes and villains with a lightsaber. You can also dogfight in X-wings and TIE fighters as well as Jedi starfighters. Or, you can land your ship on a star destroyer to fight off enemy ships. Battle across Star Wars: Episode III environments like Utapau, Mustafar, and the epic space battle over Coruscant.