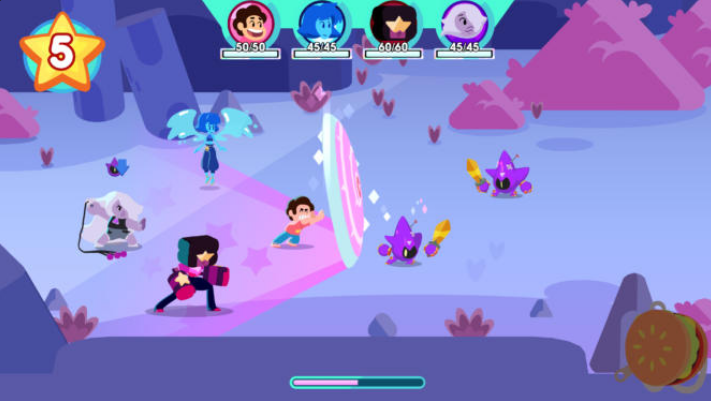 The third game of the Light Trilogy’s Light Trilogy is back and the Crystal Gems are back! Steven and his friends are called upon to help stop two powerful Gem rulers from threatening the peace and stability of Era 3. It is time to Unleash The Light!

You can play as Steven Universe characters like Garnet, Pearl and Amethyst.

You can choose which Gems you want to use, unlock new abilities and upgrade your character, or equip other costumes. You can also change your formation during battle to gain an advantage

Two new Prism-wielding Gems, co-created with Rebecca Sugar, will face off. What are their plans?

For amazing combination attacks and gem fusions, team up with your friends! You can play as Smoky Quartz, Sunstone or Rainbow Quartz 2.0.

“Unleash the Light” is a co-written story by Rebecca Sugar and features voiceovers from the Steven Universe cast as well as Christine Baranski, special guest star.