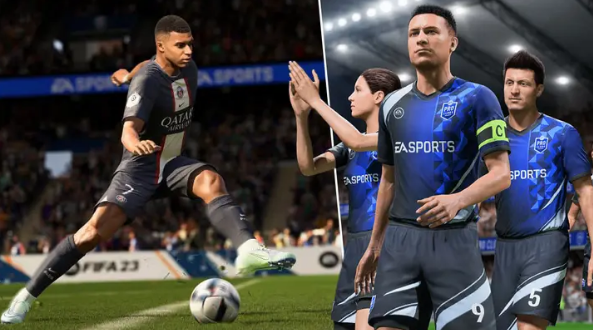 For many reasons, the so-called console wars are annoying. Exclusives can be a hassle and are a silly concept. Is this the kind of world we want? There are many other issues. For example, cross-platform gaming is absent.

Cross-platform gaming is when two people can play the same game on a different console. An announcement was made earlier this year that FIFA 23 would become the first game in the series that allows players with both Xboxes and PlayStations to play together. Everyone was excited about it, but then the catch was revealed. You can play together, but not all online features will be accessible for cross-play.

Watch the trailer for FIFA 23. It is scheduled to be released on September 23rd.

Social media was angry at the announcement that Pro Clubs would not offer cross-platform support. EA explained the decision.

They stated, “we want to ensure product innovation is delivered at high quality.” Modes that pair players together, such as Pro Clubs, will not be available due to technical intricacies.

Although I don’t know how these technical issues work or what the legal implications might be, it seems like EA didn’t make this decision lightly. However, it isn’t very pleasant for those hoping to play club teams against their friends on a different platform.