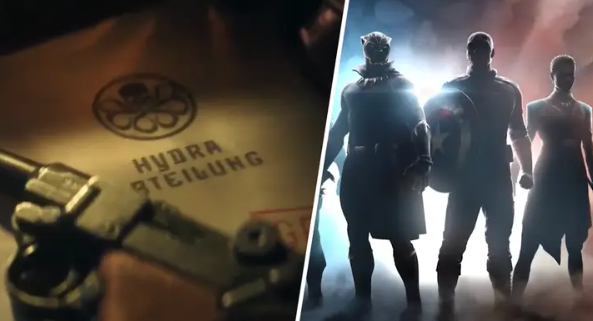 Skydance Media finally revealed the Uncharted creation of Amy Hennig. Hennig had previously stated that he was working on an “ensemble” game. Many fans speculated that it might be centered on the Fantastic Four, but leaks earlier today suggested that it would be a World War II team-up between Captain America and Black Panther. It looks like that rumor is true.

The project is still untitled, but Skydance Media dropped a teaser trailer. There are lot to learn. The trailer confirms that Captain America and Black Panther will be included in the game. But that’s not all. The trailer teased “four heroes.” While the two silhouetted characters are not visible, one of them looks very much like Bucky Barnes, while the other is a member of the Dora Milaje. We are very excited about this “narrative-driven blockbuster action-adventure” game.

The teaser trailer confirmed Hydra’s inclusion and showed the World War II setting. The opening shots featured Paris as the setting for the game. A brief glimpse of Wakanda is also shown alongside the tagline, “two worlds. One war.”

We don’t know the release date or what consoles it will be on, so we haven’t yet received a title. This trailer will generate a lot of hype; it’s fair to say.