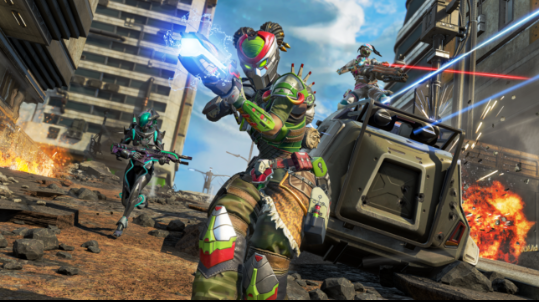 Respawn has revealed that Apex Legends’ next Event is the Beast of Prey Collection Event. It will run from September 20 through October 4.

The Beast of Prey Collection includes a limited-time mode called Gun Run. The Event pits three teams against each other and moves through a series of weapons that switch after each kill. A new throwing knife will be the final weapon of the track. It will be available in the practice area during the Event.

The event will also include a new set of skins for several Legends. However, even though I am a casual Apex Legends player this time, the designs are not my favorite. Every character in the game has a unique look and personality. All Beast of the Prey skins covers the characters’ faces, making them easily identifiable by their silhouette. They look just like armor suits without the signature look. You may have different opinions, but I don’t like them. There are 24 limited-time cosmetics available, including Legendary skins of the Horizon, Lifeline, and Loba. You’ll get Loba’s Heirloom, the “Garra de Alanza,” if you unlock all limited-time items.

To get an idea of what you can expect, read the impressions of a newbie jumping into Apex legends in the year of our Lord 2022.