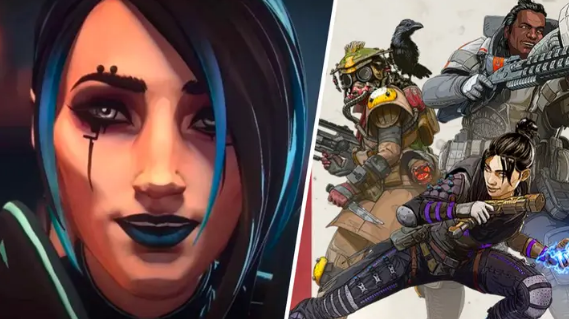 Tressa, also known as Catalyst, is a transgender female from the planet Boreas. The Legend questions her about her past, and she tells him what her future holds. Boreas is now under Hammond Robotics’ protection. They have the plan to save Cleo, its dying moon.

Tressa and her friend aren’t convinced that this is the company’s intention and feel the moon’s cry for help. Two of her friends claim Margo, the witch-like orange-haired witch, has taken her activism too far and is now leaving due to the nighttime curfew.

Tressa remains and joins Margo on a hike up a mountain with stunning sunset views. Tressa and Margo then discuss Tressa’s recent transformation and how happier she is now.

“I feel like the entire world has opened up now that I’m me.” Margo is impressed by Tressa’s strength, compassion, and creativity and shares her plan to enter the facility down the hill to save Cleo from Hammond Robotics’ relentless search for minerals. Tressa discovers a mysterious black substance inside a container.

It responds to her necklace with a moon pendant. You will have to watch the remainder of the show to see Margo and Tressa fight Hammond Robotics security. We have some gameplay details. Tressa, an “experienced Terraformer and defensive Conjurer,” uses the black ferrofluid, in short, to “manipulate” the battlefield.

Season 15 will include a new map set in “Boreas shadow,” as well as the gifting feature, which allows players to give Legend skins and weapon skins. Season 15: Eclipse will be available on all platforms starting November 1.