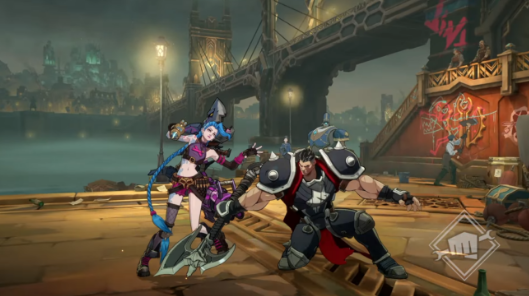 Riot’s 2D League of Legends fighting video game Project L has shared some insights from their development process. They also announced that their entry into the fighter genre would be entirely free-to-play and that it would include Ruined King deuteragonist Illaoi.

This update is released before the Evolution Championship Series (EVO) this weekend. It heavily hints at the team’s plans to control a large portion of the fighting game community. Although cracking the scene would seem like an impossible dream for many studios, Project’s free-to-play ease of use, their fighting-game industry veterans, team leaders, recognizable characters, and funding from the ever-hungry Riot could make it possible.

The latest Project L development diary has Tom Cannon, Executive Producer, stating, “we want you to have the ability to play regardless of where you live, your skill level, or how much you spend on a gaming experience.” Before confirming, Project L will not be cost-free like its Riot Games counterparts.

People love free games. Everyone knows this, but WB’s latest free open beta showed it. 153.433 concurrent users reached the highest level of any fighting game ever on Steam in its first week. These are truly incredible numbers. Project is a fighter based upon beloved characters. Free-to-play is a great way to attract people who don’t want to spend money for fun. This demographic, as we have seen with MultiVersus, is very large.

The project also features the Executive Producer Tom Cannon and Tony Cannon, the Technical Lead. These two are the founders of EVO. They were previously co-directors of Rising Thunder, a simple mecha fighting game. It was canceled shortly after Riot bought Radiant Entertainment in 2016. Radiant Entertainment, the primary Riot subsidiary that works on Project, seems to be carrying the same inclusiveness and accessibility that made Rising Thunder so appealing.